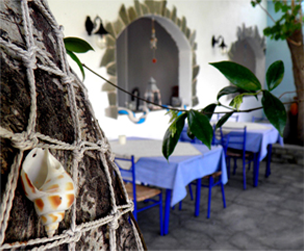 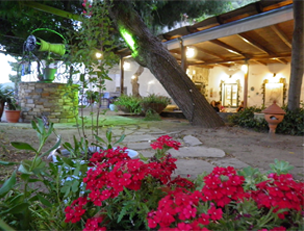 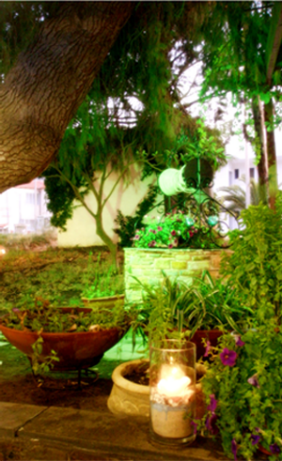 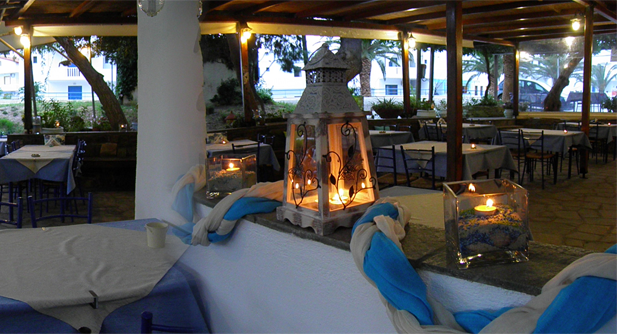 A place full of memories and natural beauties.

In 1996 Makis Zafeirakos sets up “Boukadoura” in Porto Koufo, Chalkidiki, having one goal: to leave his creative mark in the realm of culinary kitchen.

Boukadoura specializes in new dishes combined with authentic cuisine that complements a complete and delicious menu, along with the excellent service and the exquisite customers’ care.

“Boukadoura” is popular for its quality food and traditional greek kitchen. Homemade products like olive oil,vegetables and wine. Sea food and lots of meat also with a menu more than one hundred dishes and everyday with different cooked dishes. Hidden under the shadow of trees and surrounded by nature’s green not far from the sea. The best place to visit for families.

Porto Koufo. A place full of memores and natural beauties.

Here, according to myth, Proteus lived with his daughter Toroni. The depths of the port incalculable , but her was the beginning of a tunnel leading up to Egypt and in particular to the Faro island. Hercules, also, came to this place and fought victoriously against the two sons of Poseidon, Polygonos and Tilegonos.

In later times the Porto Koufo decame on of the two harbours of ancient Toroni. It was named Porto Koufo ( deaf port), because the open sea’s agitation never reached its waters. Here, in an aqually historic stone house which waw the first that was duilt four centuries ago right at the entrance of the port and close to the foothills, the “Boukadoura” is literally nested in the cool shade of the trees and “flooded” by both the culinary delights and the breeze. 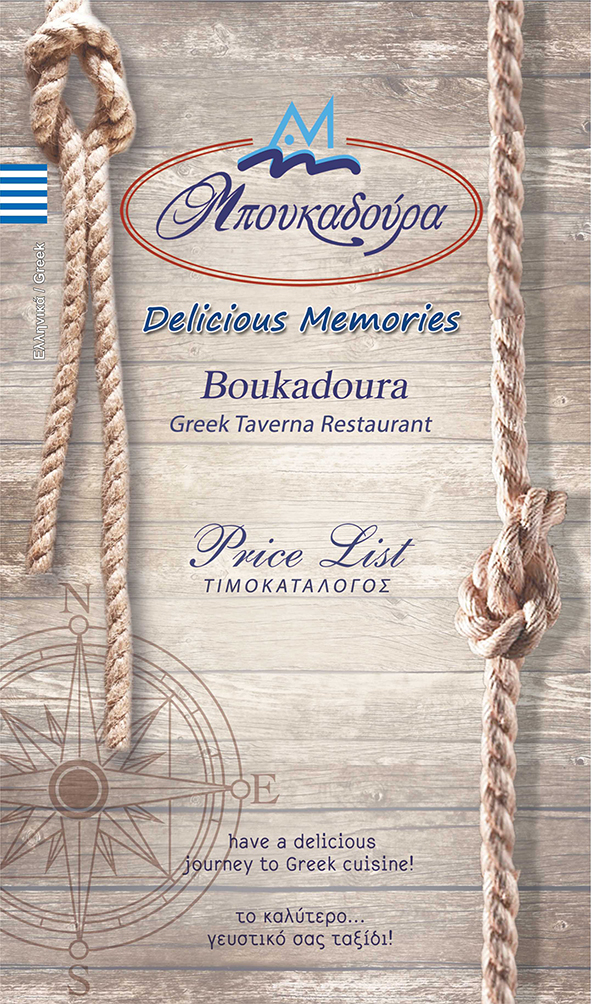 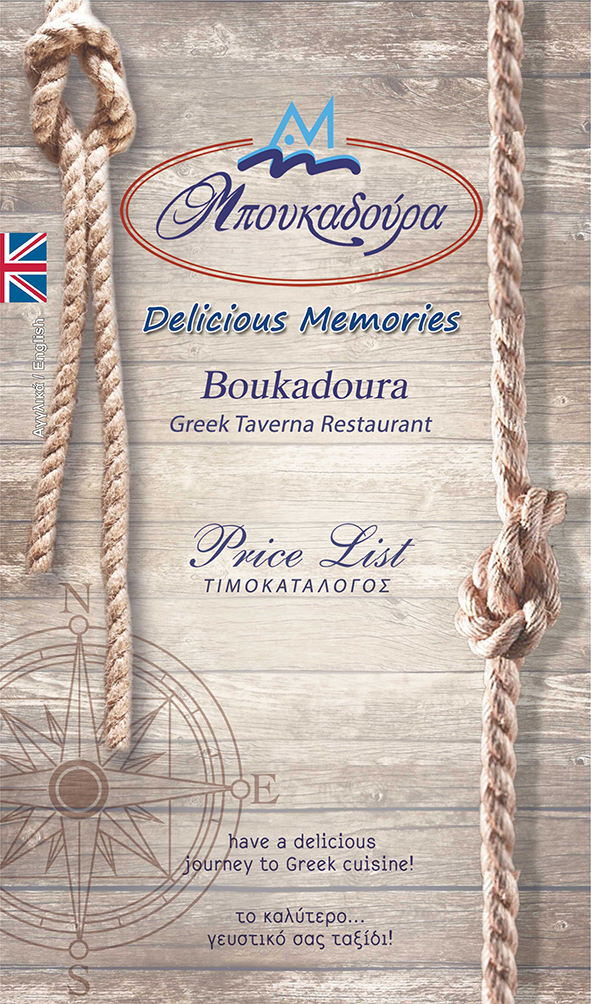 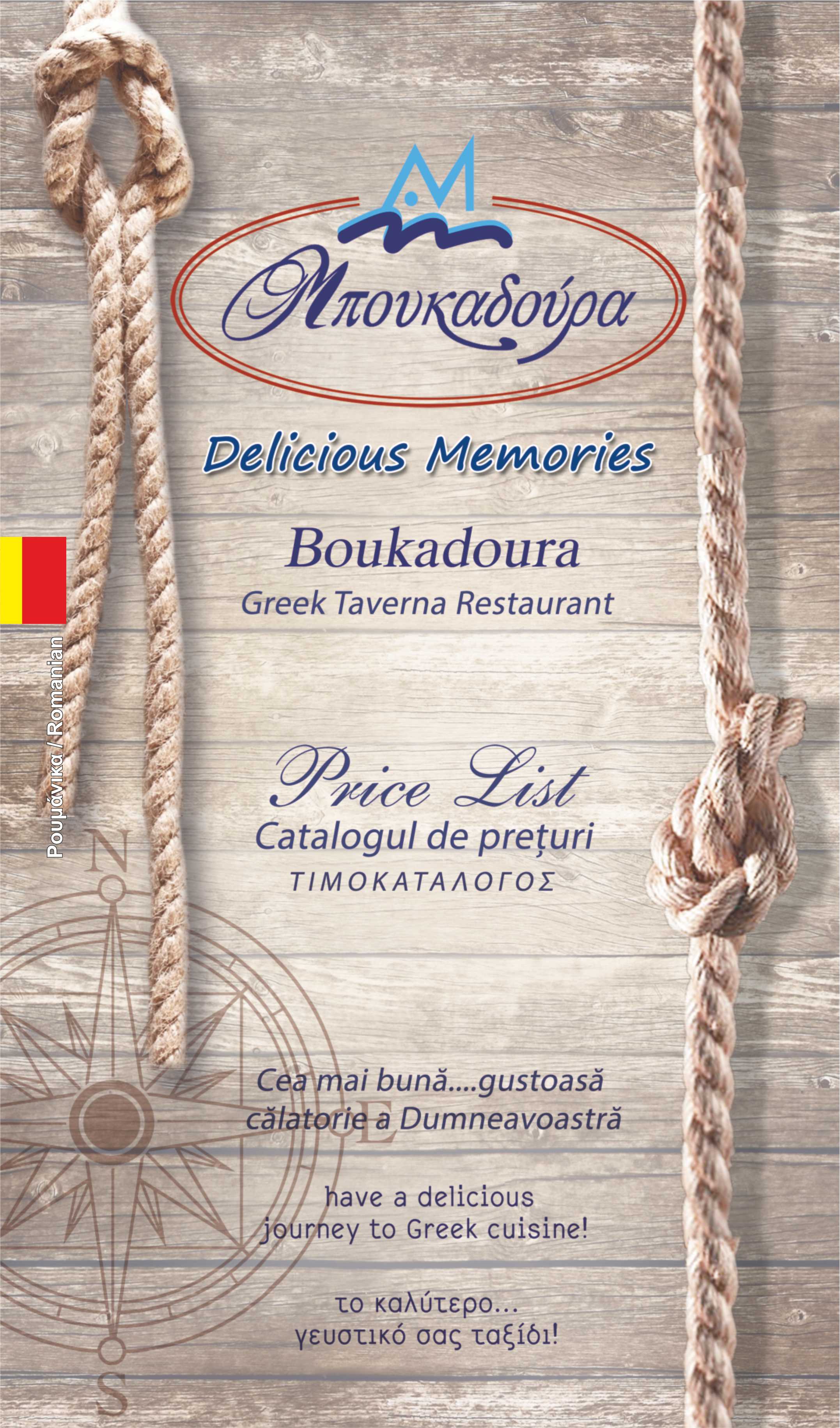 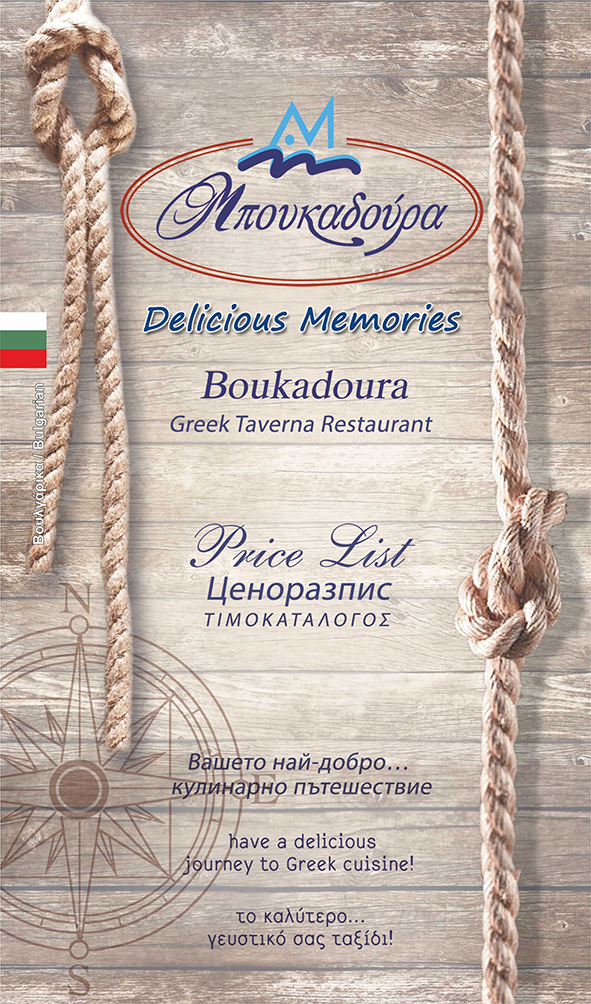 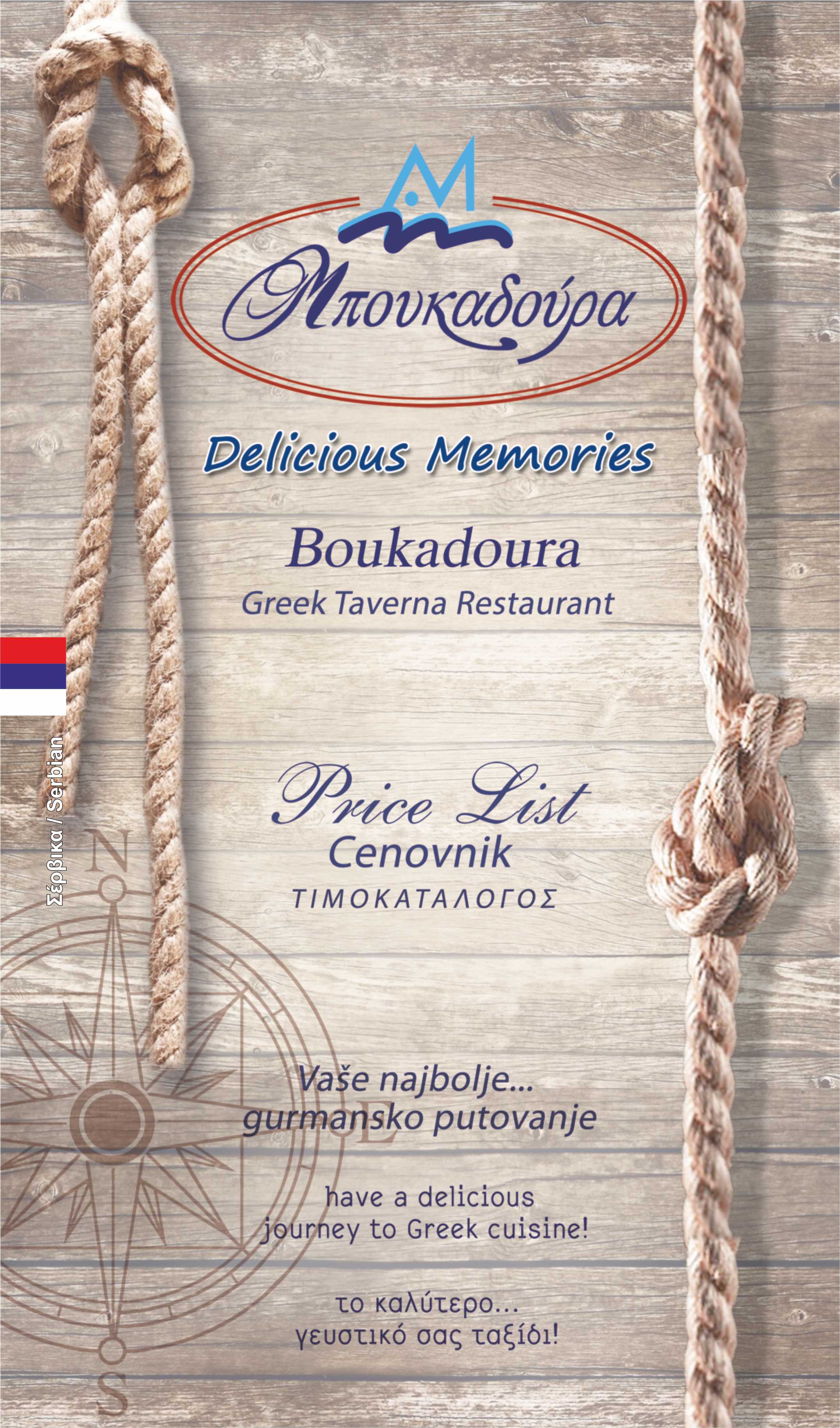 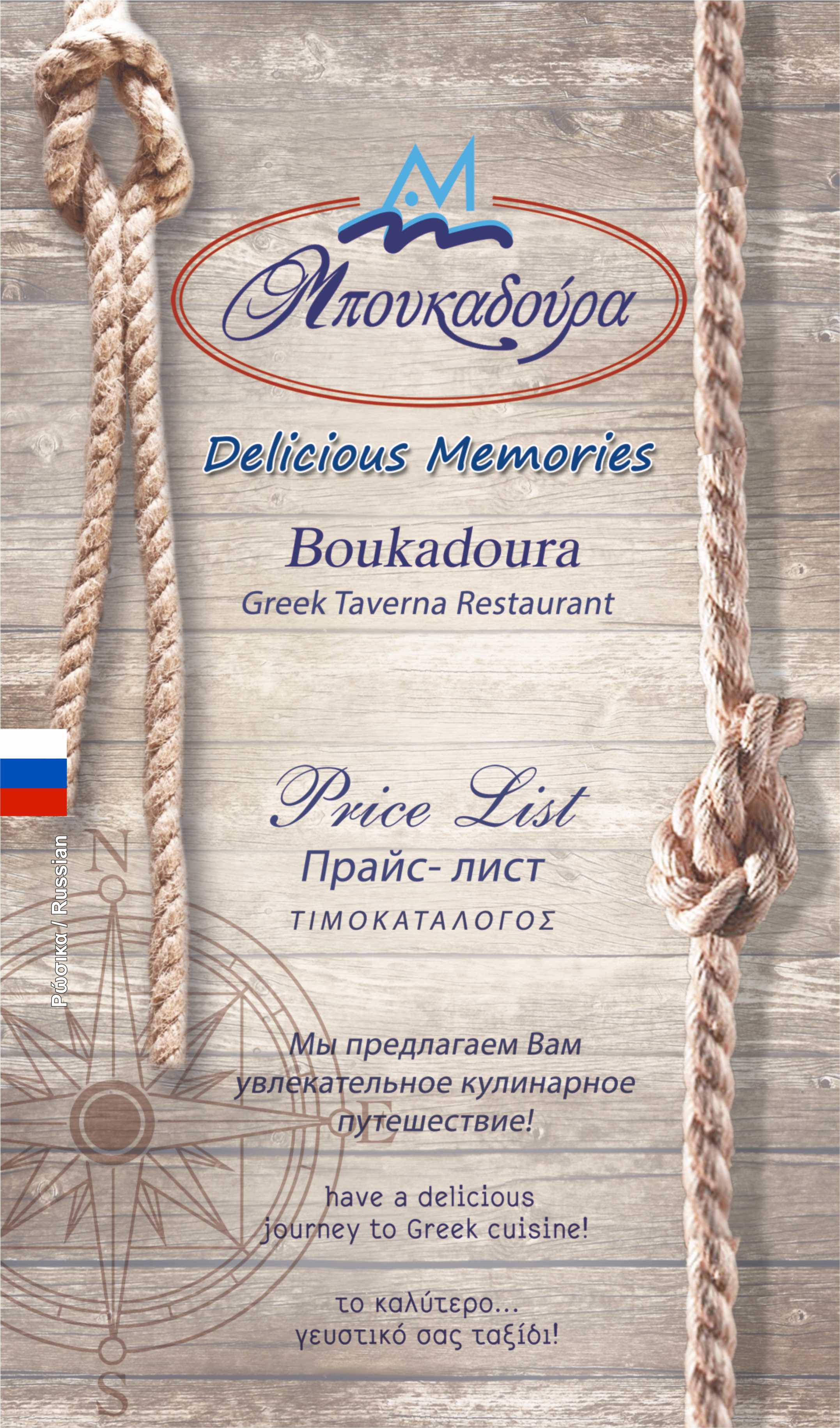 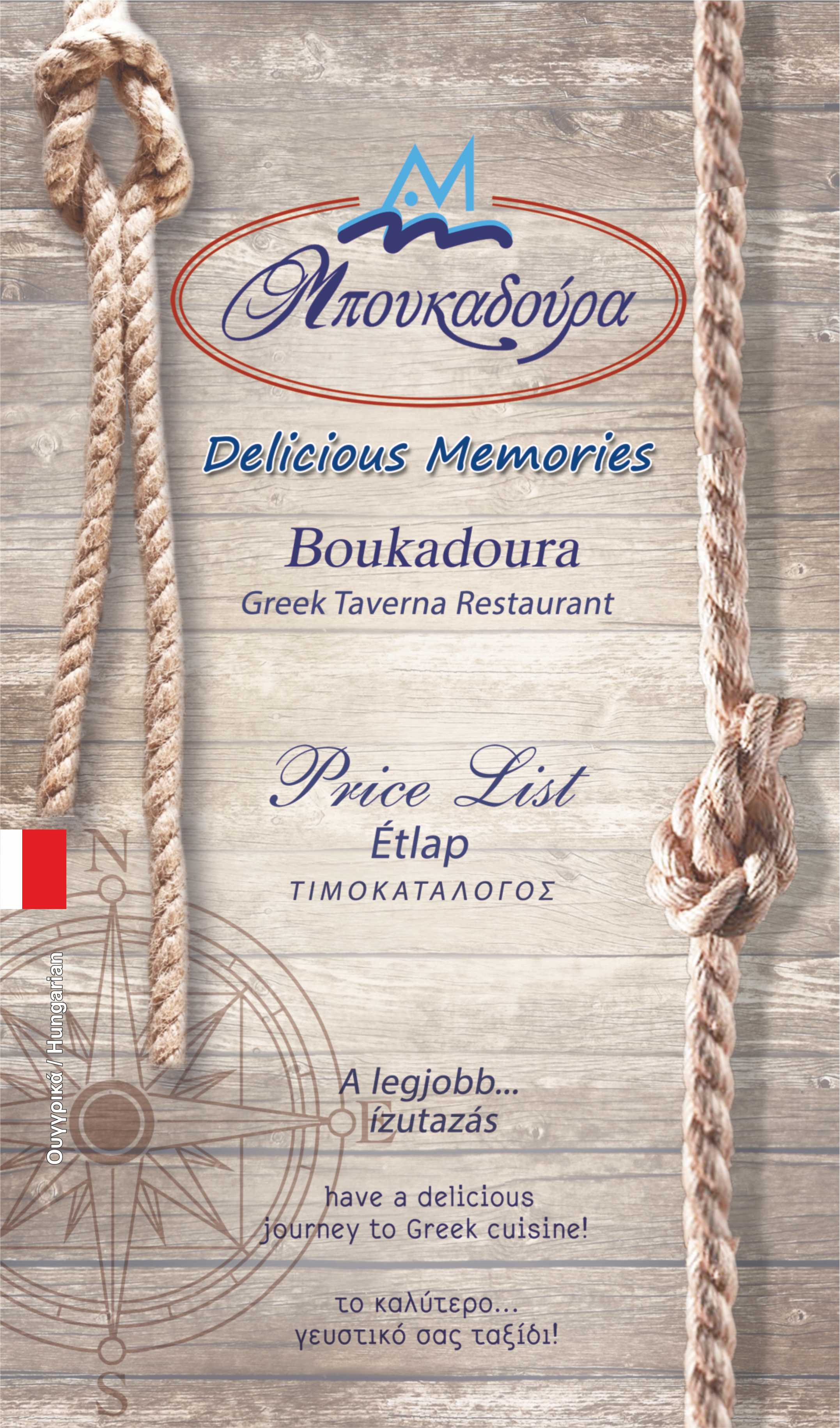 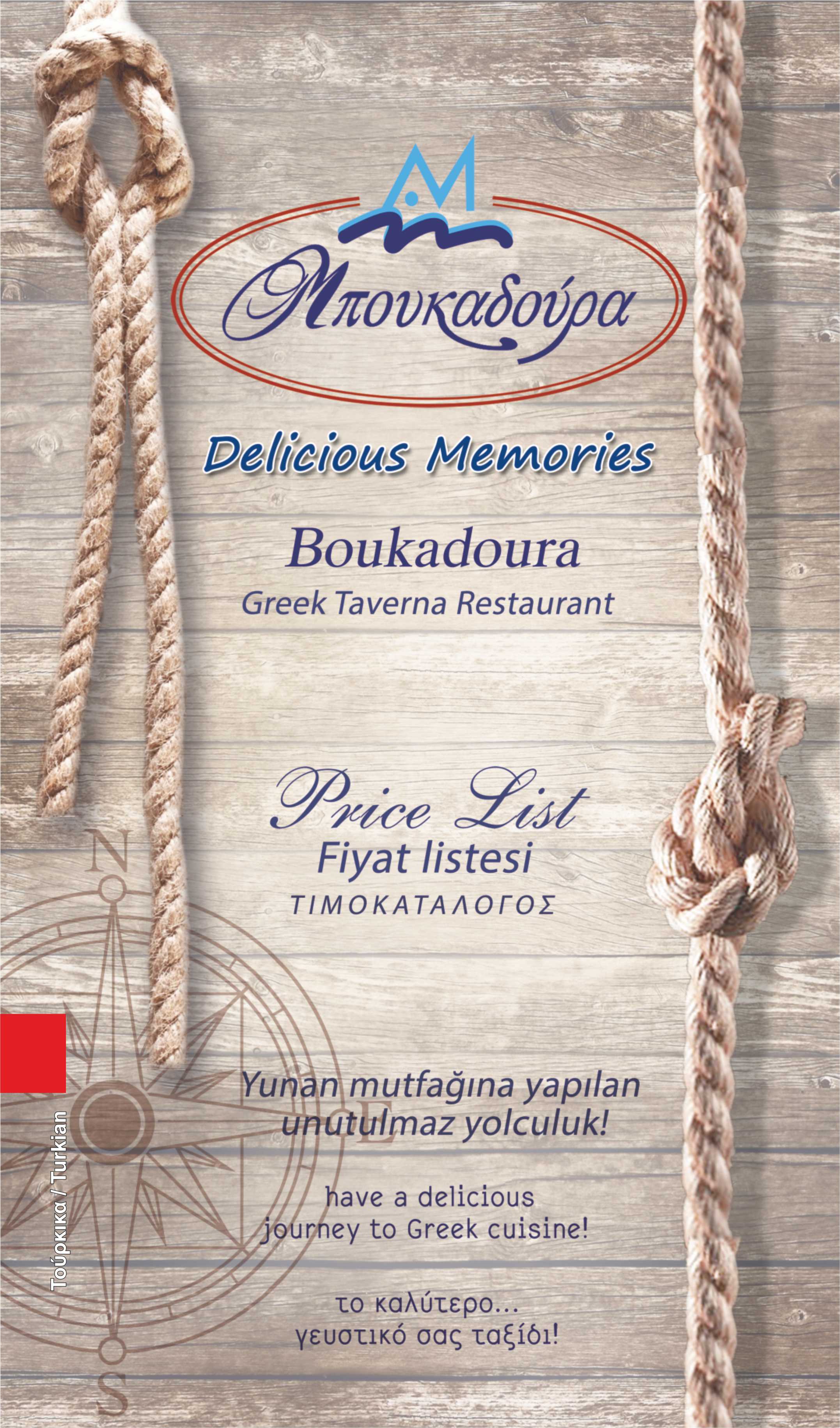 WITH RESPECT TO THE ENVIRONMENT

A large variety of tastes and suggestions served in a welcoming and warm environment with direct and discreet service by our staff.

There is a detailed menu catalogue to select any dish you wish, with a description of what each dish of your choice contains.

Freshly selected products from the local market as well as from large accredited foodstuff companies are delivered daily to the kitchen of "Boukadoura".

Our wines are of our organic production with various varieties such as Assyrtiko, Sauvignon Blanc, Rhoditis, Syrah, Merlot and Muscat (Moschato) of Hamburg.

Find us in facebook under the name: “TAVERNA OUZERI BOUKADOURA ” where you can be daily informed about the quality and taste identity of our dishes, which you will not find elsewhere.